The convolvulus blue of morning glory tumbled over the window, pots of canna lilies and hibiscus stood in corners; tame birds, cockateels and mynahs, flew round the room. One mynah, Christabel, had learned to call Kuku so cleverly that Kuku never knew if is were Christabel or Auntie Sanni.

There were doves; bright green parakeets flew in from the garden and mingled with them all — often they perched on Auntie Sanni's desk, watching her fearlessly, their scarlet-topped heads on one side. It was not only birds: two cats, tabbies, slept stretched on a mat in the sun; a brown spotted goat was tethered outside while her kids wandered in and out, one white, one brown as if the colours had been divided. The monkeys were small, brown and wild; their brown faces and bright eyes peered from the trees.

They ran across the courtyard on all fours, their tails lifted their small skinny hands quickly into anything — 'and everything,' said Hannah — and always, all through rooms and cloister, the soft Indian sea breeze blew bringing the sound of the waves crashing on the beach below. Auntie Sanni — Miss Sanni to her staff and servants — was called Auntie because, in Eurasian parlance, that is the title given to any grown-up female whether she has nephews and nieces or not.

Auntie Sanni had none by blood but, over the years, had acquired many — Auntie of the universe would have fitted her. She dominated the linen room as she dominated Patna Hall. To her Auntie Sanni was only an unattractive massive old woman, nobody knew how old. On her feet were country-made sandals. Auntie Sanni's face looked young because of her head of short curls like a child's, their red still auburn. Her skin was true Eurasian, the pale yellow brown of old ivory against which her eyes looked curiously light, sea-colour eyes, now green, now blue, set wide, again like a child's but Hannah, even Kuku, could have told that Auntie Sanni was no child.

Hannah, almost her bondswoman, began piling the bundles tidily together, her silver bangles slipping up and down her arms. Hannah liked everything to be tidy, clean, exact, as did her husband, Samuel. They, for Auntie Sanni, were the twin pillars of Patna Hall. Hannah was a big woman — though not beside Auntie Sanni. Kuku, when she was with them, looked wand slim, quick and brilliant as a kingfisher in her electric blue sari with its lurex border.

Hannah had eyed that sari. Hannah herself wore a crisp white sari edged with red and an old-fashioned red bodice high in the neck, her scant grey hair pinned into a knob. In spite of this simplicity she was laden with silver jewellery: bangles; the lobes of her ears hung down with the weight of earrings; she had finger rings and toe rings on her gnarled bare feet; everyone knew where Hannah was by the sound of clinking. Kuku's choli stopped in a curve under breasts that were young and full, it left her midriff bare, supple and brown; her hair which could have made the usual graceful coil was instead frizzed into a mane that reached her shoulders; she had a flower over her left ear.

Those nails! And a sari should be muslin, silk or gauze,' and Auntie Sanni always answered, 'I don't think Kuku has saris like that.

Kuku was an orphan, brought up in St Perpetua's Home in Madras. She and Samuel were English-speaking Thomist Christians. Kuku, though, was now proudly agnostic. No one knew what Auntie Sanni believed; perhaps all religions met in her as they met peaceably in Patna Hall; the gardeners were Brahmins, the sweeper women, untouchables, the waiters all Muslim while the head bearer, Colonel McIndoe's personal servant from Nepal, was a Buddhist.

Kuku had been trained in hotel management. Auntie Sanni's grandfather had started the hotel in the eighteen nineties but the house was older than that, 'Built by some nabob of the East India Company in the eighteenth century to catch the sea breezes,' she had told Kuku. They would have had horses and palanquins. Patna is the capital of Bihar. They were lovely colours, indigo, madder, sepia, those greens and turmeric yellows,' she said softly. Patna Hall was the only substantial house on that stretch of the Coromandel coast; its stucco, as befitted the property of an indigo planter, was painted blue, now faded to paleness; it rose three storeys high to a parapeted roof.

The porticoed entrance faced inwards towards the village of Shantipur with its palms and simile trees, their cotton flowers scarlet; behind them low hills, where coffee grew, cut off the horizon. There were servants' quarters, the courtyard offices, a gatehouse, a large vegetable garden, a small farm and poultry yard, even a private cemetery. On the other side of the house facing the sea, a garden of English and Indian flowers sloped to a private beach that had a bungalow annexe.

On every side dunes of fine white sand stretched away, planted with feathery casuarina trees; on the right the dunes led to a grove of mango and more simile trees; on the left they rose to a knoll that overlooked the demesne. On the foreshore of hard sand, the great rollers of the Coromandel Sea thundered down, giant waves that rose to eight, even ten feet, before they crashed sending a wash far up the sand.

Further out, by day, the sea was a deep sapphire blue. The hotel beach was forbidden to fishermen or their boats; indeed, the sea there was netted to a distance of five hundred yards not only against fishermen but sharks; every night Thambi, the lifeguard, and his assistants, Moses and Somu, unfolded a high strong-meshed fence across the private beach padlocking it so that the beach was cut off from the sea.


With the force and power of those waves, you must take a guard. Women bathers usually had to have a man each side to hold them and bring them up through the wave to ride gloriously back on its crest of surf. Thambi would let no one go into it without wearing one of the fishermen's pointed wicker helmets bound firmly under the chin; the helmet's peak would pierce the waves that otherwise might stun. Patna Hall looked tall from the beach, the blue of its stucco ornamented with decorations of scrolls and flowers like daisies, oddly inconsequential. The flat roof was bounded by its balustraded parapet, which had a wide ledge on which young adventurous guests liked to sit.

At night the house lights shone far across the sea; a small glow came, too, from the gatehouse where Thambi and his wife Shyama lived. Thambi was another of Auntie Sanni's right hands, hotel guard as well as beach lifeguard; it was Shyama who was supposed to open and shut the gates but as they were always open she had nothing to do except to cook a little, dry chillies in the sun and wash her hair. Overlooking garden and sea, verandahs ran the full length of the house above a basement of cellars and fuel stores that was half buried in sand. The unity of creation that underlies Hindu mythology is brought out by the various animals that play an important part, from the humble donkey Slippers to Birdie the elephant and the little squirrel.

Krishnan seems to have an almost magical relationship with these creatures, underscoring his mythological qualities.

The theme of marriage is another element in this novel. Mary's marriage is unhappy because her husband is insensitive to her needs, but the fault also lies in her since she sees her marriage as a trap, and strongly resents her husband and all he stands for. In contrast to this is the marriage of John and Lady Fisher, an old-fashioned union with a subservient wife who reminds Mary that she is not playing her part.

Another marriage, referred to only indirectly is the unsatisfactory union of Dr. Coomaraswamy and his domineering wife, which leads him to dream of Kuku Toggle navigation. Sign Up. Sign In. Get Coromandel Sea Change from Amazon. Download the Study Guide. Coromandel Sea Change Summary The unity of creation that underlies Hindu mythology is brought out by the various animals that play an important part, from the humble donkey Slippers to Birdie the elephant and the little squirrel. 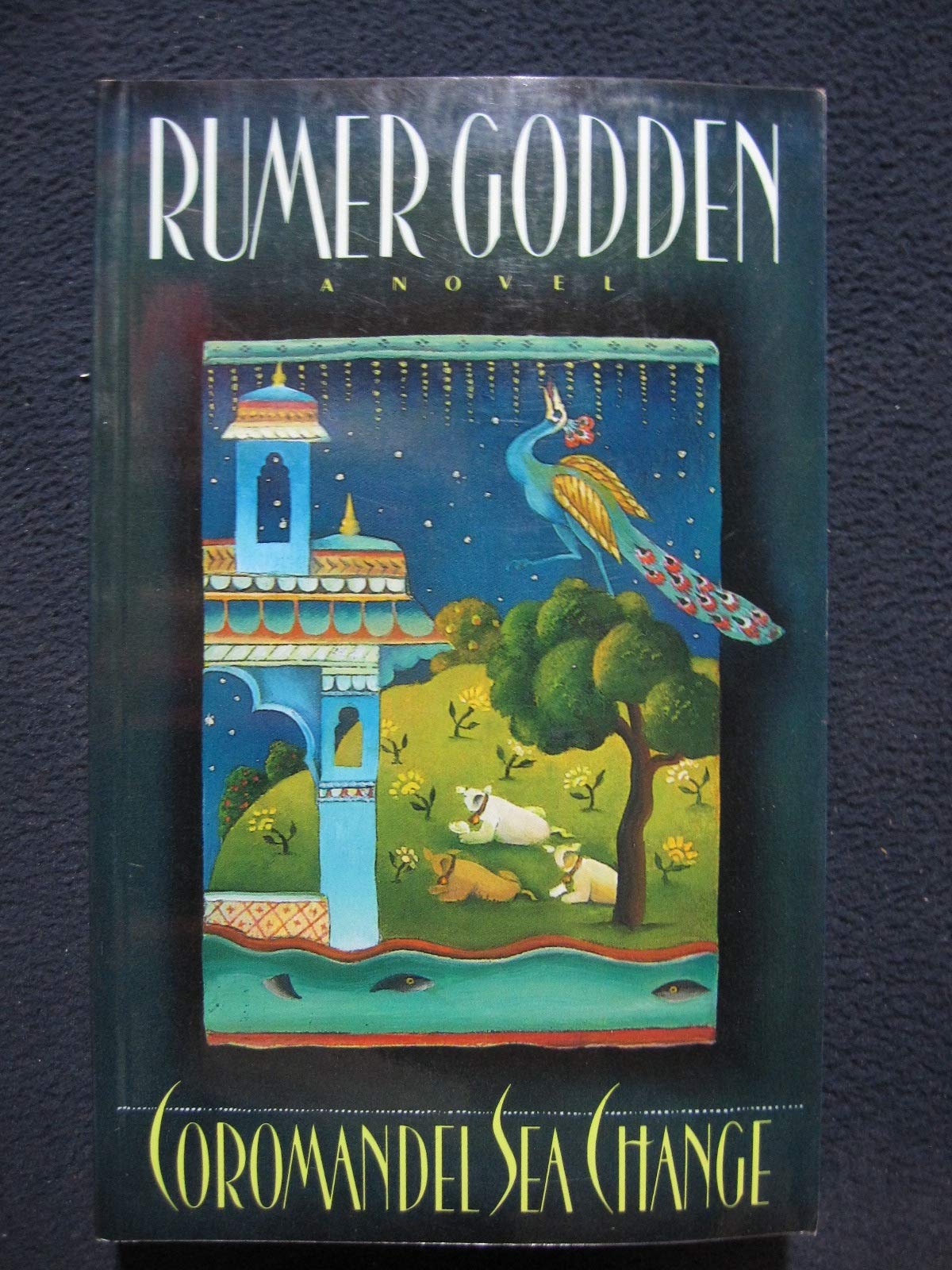 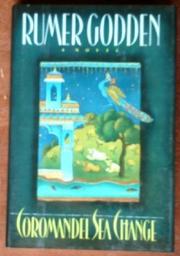 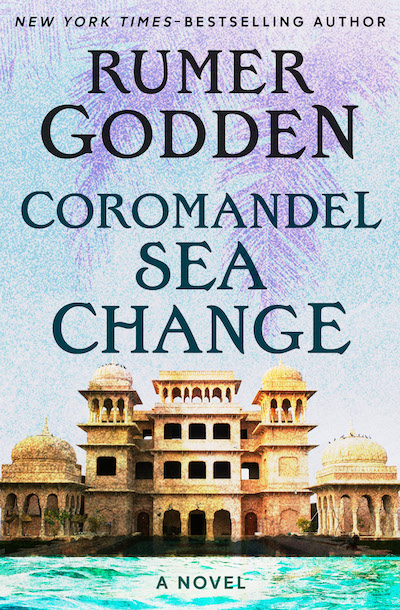